You are here: Home1 / Anxiety Disorder Services at Meridian HealthCare

Feelings of stress and anxiety are normal; but, when these feelings start affecting daily life, a larger anxiety disorder may be to blame. Meridian HealthCare has services to help with a variety of mental illnesses, including all types of anxiety disorders. 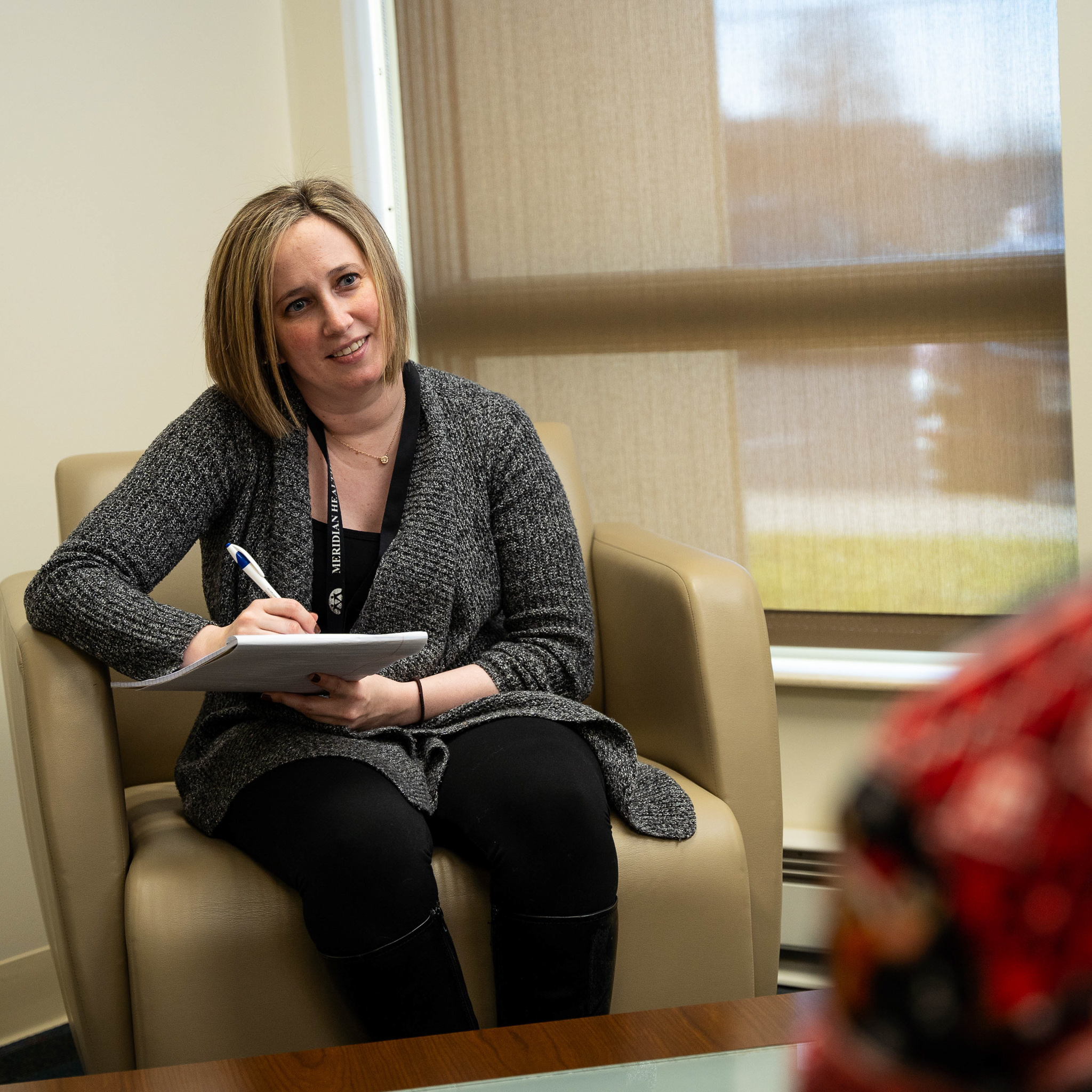 Occasional anxiety, like temporary worry or fear, is a normal part of life. But for people with an anxiety disorder, those feelings do not go away and actually get worse over time.

Anxiety disorders vary from person to person. In some cases, an individual can experience severe and almost debilitating anxiety while other people have chronic symptoms that are mild enough to be thought of as “normal.” 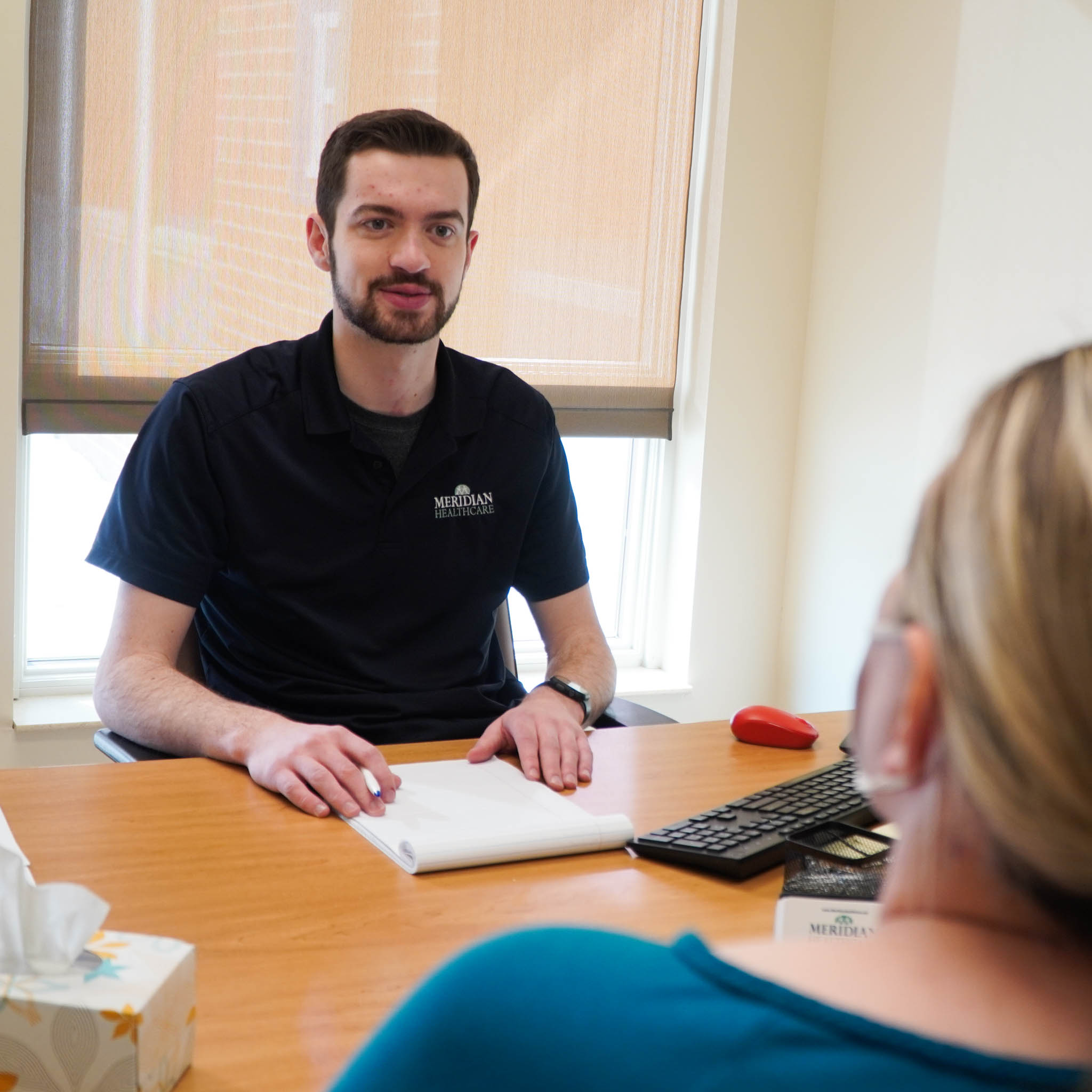 As with any mental health condition, family history is a risk factor for developing anxiety. However, not all anxiety risk factors are genetic.

Anxiety can develop from outside circumstances, too. For example, someone who experiences a traumatic event can develop post-traumatic stress disorder (PTSD). Similarly, marginalized groups may struggle with anxiety due to stressful personal experiences.

For more information on anxiety disorders or the treatment options available, call Meridian HealthCare today. Our staff of mental health professionals can work with you to diagnose concerns and develop personalized treatment plans so you don’t have to struggle with anxiety or any other mental disorder.

Stressful situations affect everyone differently. What doesn’t bother one person can cause intense anxiety for another. And with an anxiety disorder, these stressful feelings linger.

Learn more about the different types of anxiety disorders below.

People with generalized anxiety disorder (GAD) experience chronic anxiety nearly every day. While not sparked by a singular event, they live with anxious feelings for months or even years.

People with social anxiety disorder have an intense fear of social situations. This fear is so strong that it often affects their daily life, preventing them from seeing friends or family members, going to work or school, using public transportation, or participating in any activity in public. It can develop for many different reasons, including self-consciousness.

Post-traumatic stress disorder (PTSD) develops after someone experiences or witnesses a traumatic event. Traumas can be one singular event (known as a “Big T Trauma”) or living through a long-lasting trauma for an extended period of time (known as “little t trauma”). People with PTSD often experience flashbacks where they relive their traumatic experiences.

A panic attack is a sudden feeling of intense fear or doom with no clear danger present. Someone having a panic attack may experience chest pain, sweating, increased heart rate, trembling, or feel like they have no control over the situation (or their body).

Obsessive-compulsive disorder (OCD) is no longer listed as an anxiety disorder in the DSM-5. However, someone with OCD often experiences anxiety over their obsessions, according to the American Psychiatric Association.

OCD consists of compulsive thoughts that result in repetitive actions (like frequent hand washing). If someone with OCD cannot complete their compulsive action, they could experience heightened anxiety until it is complete.

While often associated with young children or adolescents, adults can develop separation anxiety, as well. This mental disorder occurs when someone becomes too emotionally attached to another person. They fear for that person’s safety whenever they’re away from them, and this fear is so strong that they avoid being separated or alone in general.

People with a phobia disorder have such an intense fear of a specific object or situation that it causes increased anxiety. This fear can even be so extreme that it causes a panic attack.

There are many subtypes of a phobia disorder. For example, social anxiety disorder is a type of social phobia. Similarly, agoraphobia is such an intense social phobia that it is hard for the person to leave their house. Within the social phobia subcategory, selective mutism occurs when a person is so anxious around other people that they cannot speak. You may have seen this with small children (although they often grow out of it).

People can also have a specific phobia, meaning they have an irrational fear of a specific object, activity, or event. Common specific phobias include heights, spiders, and enclosed spaces (known as claustrophobia).

Anxiety symptoms are different for everyone, and they can vary in physical symptoms as well as severity. Depending on the intensity, other health problems can arise, as well.

If you or a loved one are experiencing intense or prolonged anxiety symptoms, a mental health care provider like Meridian can help.

The National Institute of Mental Health (nimh.nih.gov) details many treatment options for anxiety disorders, and a specialized mental healthcare professional can work to diagnose and design individualized treatment plans.

Most often, treating anxiety involves a combination of psychotherapy and medication. Effective therapies include Cognitive Behavioral Therapy (CBT), to work on different ways of thinking correlating to behaviors, exposure therapy, to reduce reaction to specific phobias or anxieties, and support groups, to meet with people in similar situations.

Medication is often used to treat the physical symptoms of anxiety but should be used in conjunction with therapy to address the root of the problem. Common medications for anxiety disorders include antidepressants, anti-anxiety medication, benzodiazepines, and beta-blockers. As with any medication, be sure to research the potential side effects.

There are also smaller ways to combat anxiety in daily life outside of seeing a provider. Self-help and stress management tools are a great way to manage feelings of anxiety. Stress relieving activities differ for everyone based on their interests, but can be simple actions like running, painting, reading, or meditating.

Services for Any Anxiety Disorder at Meridian

Meridian HealthCare has been treating people with anxiety disorders, depression, substance abuse issues, and other mental disorders for decades. Whether anxiety is stemming from a singular life event or has grown to be part of your daily life, there is hope for relief.

If you or a loved one are struggling with anxiety, Meridian is here to help. When you’re ready, so are we!